Taapsee Pannu to start shooting for RSVP’s upcoming, ‘Rashmi Rocket’ from this date! 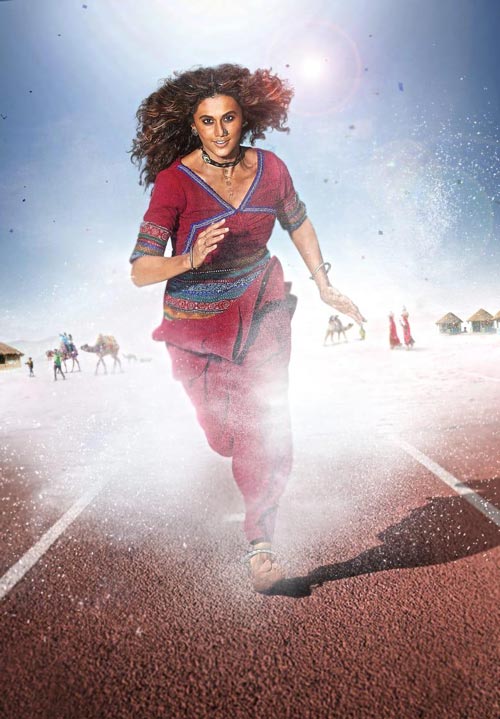 At the core of great sports is usually a great story and drama. It comes as no surprise that the arena of sports is frequently mined as a source of inspiration for great storytelling. Shinning bight, Taapsee Pannu is gearing up to set fire to the screens later this year and will start shooting for RSVP’s “Rashmi Rocket” from March 26 in Mumbai.

Helmed by Akarsh Khurana, the project is in full preparation swing. Taapsee who started her initial preparations for the role two months ago has continued her momentum of training at the set of her upcoming romance thriller Haseen Dillruba directed by Vinil Mathew. This will mark her third sports genre film post-Soorma and Saandh Ki Aankh.

The actress will essay the role of Rashmi, a young girl from the marshes of Kutch who is blessed with a special gift of being able to run extremely fast

Talking about Taapsee’s dedication, director Akarsh shares “The students were so inspired by Taapsee that the school named their gym after her. She trains for two hours every day for better stamina and the body language of an athlete.” He also shared the first half of the movie is set in Kutch and to get the Kutch dialect right, a diction expert has been hired to help Taapsee get into the skin of the character. Shooting for the same begins on April 1, Akarsh reveals “We’ll be shooting in three chunks. After Kutch, we head to Delhi in May and Dehradun and Mussoorie in June. Rann of Kutch is also an important part of our schedule. In fact, the first schedule starts with a song, which is set in the Rann Utsav.”

Unlike other conventional sports stories, the main crux of Rashmi Rocket is drama. He says, `The sport forms the backdrop of the film, while the story narrates an athlete’s journey from anonymity to fame and how she gets caught up in the politics and corruption of the sports system along the way,`

Akarsh suggests that the story of the movie is a culmination of varied real-life incidents embracing female athletes from India and abroad. Rashmi Rocket also stars Aparshakti Khurana and Bhavesh Joshi Superhero actor Priyanshu Painyuli. Taapsee will also be seen in Shabaash Mithu, which is based on cricketer Mithali Raj.