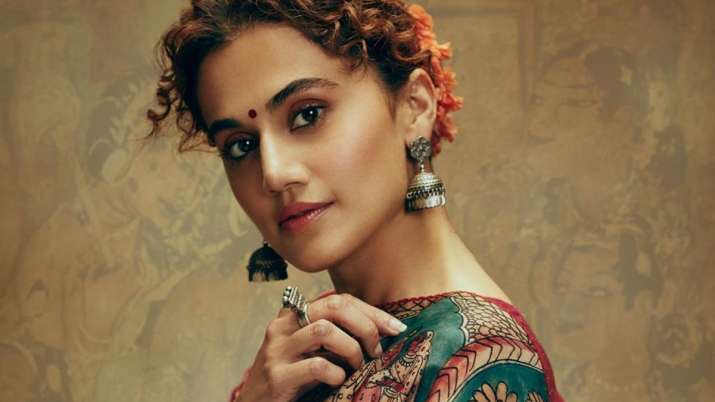 The upcoming Taapsee Pannu-starrer “Looop Lapeta” could become one of the first films to be covered for Covid-19 insurance in Bollywood. The film’s producers Atul Kasbekar and Tanujj Garg are in talks with a legal expert to get COVID-19 insurance for their projects, and “Looop Lapeta” is expected to be among the first of their line-up to be covered by the insurance scheme. The film, also featuring Tahir Raj Bhasin, is an Indian adaptation of Tom Tywer’s 1998 German hit, “Run Lola Run”.

“We are still in talks with a legal expert, Anand Desai. What a COVID-19 insurance will essentially entail is the same as what an accident insurance covers. Insuring a film so far entailed guarding the film against unforeseen incidents like illness of an actor or occurrence of natural calamities leading to delays in the film schedule. Because COVID-19 is relatively new, we are still working upon the details but essentially works in a similar fashion,” said Kasbekar.

“For instance, a crew member tests positive, the entire movie crew might have to be possibly quarantined. In that case, the producers will be covered from the money they are spending on days lost,” he added.

Kasbekar also said that the insurance will protect their crew just as much. In case any of the key members of the crew test positive, they won’t be replaced unduly. “There are a lot of permutations and combinations to be worked upon. But one of the key things to keep in mind is that a fair number of people will potentially be exposed at a film set and filmmakers trust a certain set of people on the job. So, in case, the DOP of a film were to test positive mid-film, it is likely to stall the shoot of the movie till he recovers or till a suitable replacement is found in double quick time to retain the visual language of the motion picture. So there are these points being discussed. Tanujj and I are working on a draft of the insurance and hoping that it materialises soon,” he said.

“Looop Lapeta” was to be shot through April and May in Mumbai and Goa. The film that will 70 percent be shot outdoors has had to rework its dates completely in the face of the lockdown, owing to the pandemic.

Kasbekar admitted that the shoot schedule of the film stands tentative at the moment. “Given the fact that it’s largely an outdoorsy film, we cannot risk a shoot in the rains. Though Goa has opened up for tourists, the risk of shooting with a large unit is far too many. We can logically resume shooting the film post monsoon. So if all goes well, sometime post Diwali is what we are eyeing,” he shared.