The first action-packed teaser for Vidly’s original web series Sevak – The Confessions has been released.

Viewers can see a chronology of the many events that the Sevak – The Confessions characters will encounter in the series.

The introduction features men in worship before cutting to a crime scene where someone has been hurt.

Although a body is not visible, the horrified expression on the police officers’ faces conveys the gravity of the terrible scene.

The series’ basis for inspiration is then revealed in the following segment of the teaser – as it is said to be based on true events.

Diljit Singh appears to be seeking revenge as he wraps his turban and has a determined expression on his face. What could possibly have happened to cause this?

The video is broken up into chaotic, action-packed scenes, and one of them features a woman who appears to be calling a hospital and asking:

“What do you know of Diljit Singh’s conditions after the accident?”

The preview then cuts to a scene of a wave of dead people lying on a road, with policemen looking horrified as they witness the atrocities of the crime.

“This is a revolution.” 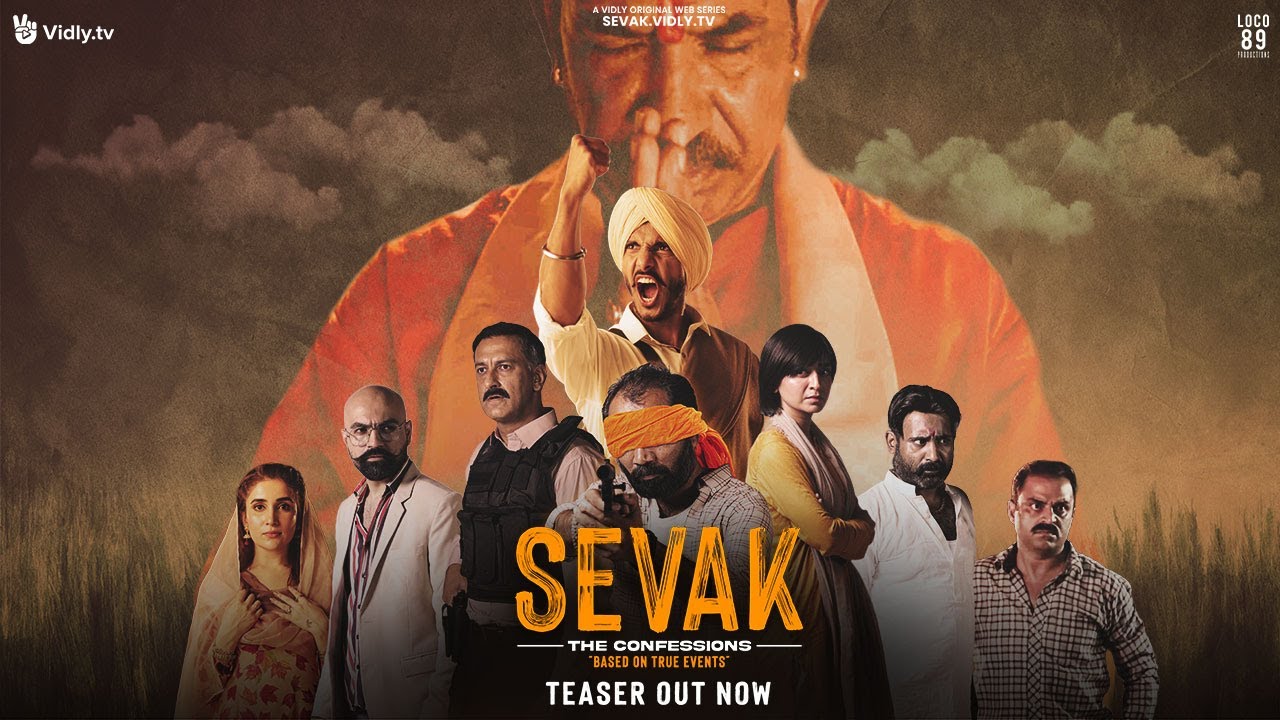 Viewers will also see a love plot amongst the energetic storyline, including a couple getting to know one another, and grand romantic gestures including a decorated courtyard proposal.

However, a subsequent wedding shown in the teaser displays an eerie image of the event taking place on the empty ground with no witnesses or guests.

Viewers will see only a couple walking around the priest to fulfill wedding vows.

What can fans guess about the couple’s fate in the action-packed series which shows three individuals pointing a gun in the final scenes of the teaser?

Sevak – The Confessions will follow a journalist who is on the run while working with a source to investigate dangerous crimes.

They follow the hints as they emerge from a complex web of deception and get involved in real terror incidents.

The international television platform called Vidly praises the show as an anthology of intrigue and heart-pounding tension.

The television series is directed by acclaimed filmmaker Anjum Shehzad, who is well known for the box office success of his film Mah e Mir – partnered with writer Sajjad Gul.

Vidly’s latest series is based on the persistent and frequently powerful forces of evil that lurk in society.

It has three tracks and eight captivating storylines entwined with murder, mystery, and espionage.