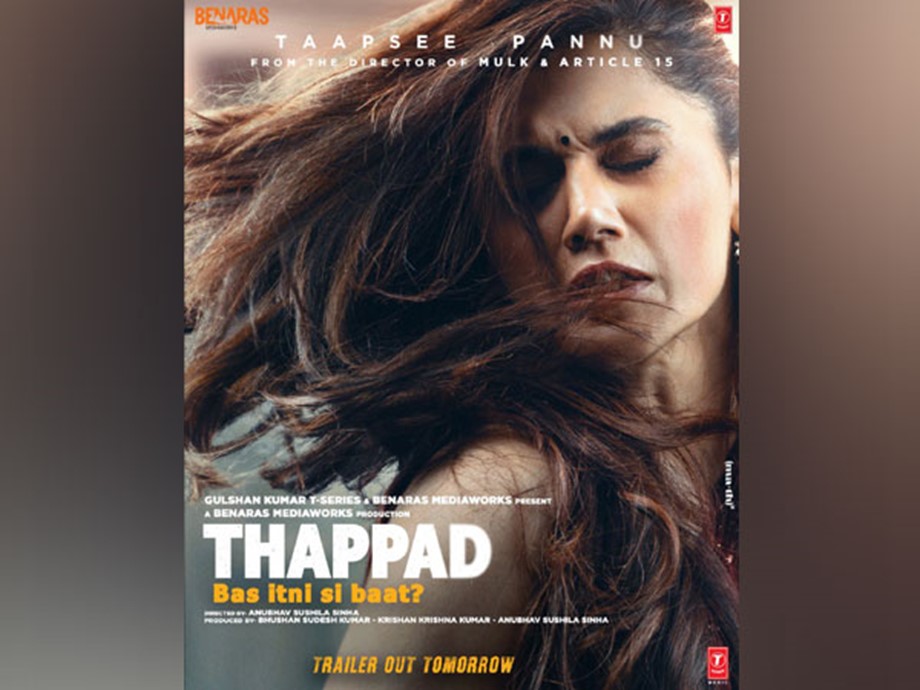 There is a fine line between making a film on a real story and making one that tells a real story. Taapsee Pannu starrer Thappad firmly falls in the latter category. A powerful and impactful film, Thappad makes you angry and uncomfortable, and, at the same time, it makes you question the everyday misogyny that you willingly ‘adjust to’ in real life. Director Anubhav Sinha refuses to normalise issues that are taken for granted in a regular setup, instead he asserts and reasserts that even if it is ‘just one slap’, why and how can a man get away with it so easily?

And he doesn’t do so with just Taapsee’s story, but shows multiple women across strata facing similar struggles in different forms. However, the multiple stories don’t take away from the continuity of Thappad and Amrita’s story but amplify it.

ALSO WATCH | Taapsee Pannu on ‘befitting replies’ on Twitter: ‘Trolls think I pay for these articles’

Taapsee Pannu on ‘befitting replies’ on Twitter: ‘Trolls think I pay for these articles’
Days ahead of Thappad’s release, Taapsee Pannu speaks about the hard-hitting film on domestic violence, her firebrand image on Twitter and how she is finally being recognised for her performances.
Current Time 0:02
/
Duration 19:27
Loaded: 3.40%

I loved how Sinha captures the nuances of his story and his characters. You don’t feel that you are watching a film in theatre; instead you relate to Taapsee’s Amrita – a strong-headed girl who despite being a trained classical dancer chooses to be a full-time homemaker. From kitchen to the bedroom, she’s a doting wife whose life revolves around her career-oriented and highly ambitious husband, Vikram (Pavail Gulati) and taking care of her ailing grandmother (Tanvi Azmi).

Amrita’s universe turns upside down when Vikram slaps her at a party to celebrate his promotion. When he realizes that his dreams maybe nipped in the bud due to office politics, he vents out on his wife in public. In that moment, Amrita realizes it wasn’t ‘just one slap’ but there are so many more other unfair silent slaps that she had been ignoring for so for long. Will she be able to put her self-esteem over love? Will she forgive Vikram and move on like women are expected to? Will she give her marriage another chance? Thappad delves on all this and more in quite an engaging manner.

At 2 hours 21 minutes, the film may seem a bit long, but the story moves at a decent pace and keeps you engaged. Through his protagonist’s journey, Sinha shakes your dormant conscience and forces you to have a dialogue with yourself.

The patriarchal norms that we have conditioned to submit to and everyday misogyny that we accept without question are shown for what they are. Whether it’s telling women, ‘Shaadi mein yeh sab chalta hai’ or ‘Thoda bardasht karna seekhna chahiye autaron ko’, the dialogues just re-emphasise what we have heard time and again. Don’t forget a dialogue where one of Vikram’s colleagues justifies his action saying, ‘When you’re truly in love, thodi bahut maar peet toh is expression of love only na’. Yes, that did make me cringe and took me back to the debate Shahid Kapoor-starrer Kabir Singh that started last year.

Taapsee Pannu delivers a spectacular performance as a submissive and vulnerable wife whose life could have been poles apart if she chosen a different path. Despite playing this restrained character, you see her fiery and feisty side onscreen at many places. Her silences are more powerful than her actual dialogues in the film and that’s a great thing for an actor to pull off. You connect with her pain, anger and helplessness when she’s trying to break free from the mould that the society has forced her into.

Debutant Pavail Gulati seamlessly steps into Vikram’s skin and he’s a character you hate throughout for his insensitivity. He’s unapologetic about his action and he’d immediately say sorry to his boss but can’t do or even feel the same to his wife. He has given a confident performance and despite Taapsee stealing the show, it’s pleasant to see how Gulati holds his ground.

Thappad’s strength also lies in its strong supporting cast. Ratna Pathak Shah and Kumud Mishra as Taapsee’s onscreen parents make you feel like your own. Both deliver fine performances; while Shah expects his daughter to understand the unbreakable bond a marriage is supposed to be, Mishra always has Amrita’s back. Then there’re Dia Mirza and Ram Kapoor whose parts, I feel, are quite half-baked and rushed, put in there just to join the dots.

The most underwhelming performance surprisingly comes from one of the strongest characters shown in the film — Nethra (Maya Sarao) as Amrita’s high profile lawyer. While she’s all prim and proper to look her part, there’s something that just feels very superficial about her character.

One thing that was unsettling for me after watching Thappad was the number of ‘buts and if’ I was left with after the film got over. What if Vikram had apologised to Amrita for that slap on the same night? What if he slapped her inside the privacy of their home and not in front of spectators at a party? What if Amrita’s parents didn’t offer her support? What if she wasn’t self-sufficient to think of separation over a slap? These are some questions that haunted me for long. But I guess, Sinha has weaved his screenplay in a manner that it’s a victory for him if the audiences ask such questions to themselves after Thappad.

The film takes on deep-rooted patriarchy and unfair marital norms that our society doesn’t wish to raise a voice against. Sinha’s Thappad is the much needed slap everyone needed to break the silence and call out the wrong. Even if it doesn’t lead to things changing overnight, it certainly has started a debate, a dialogue that can make way for some change sooner or later.