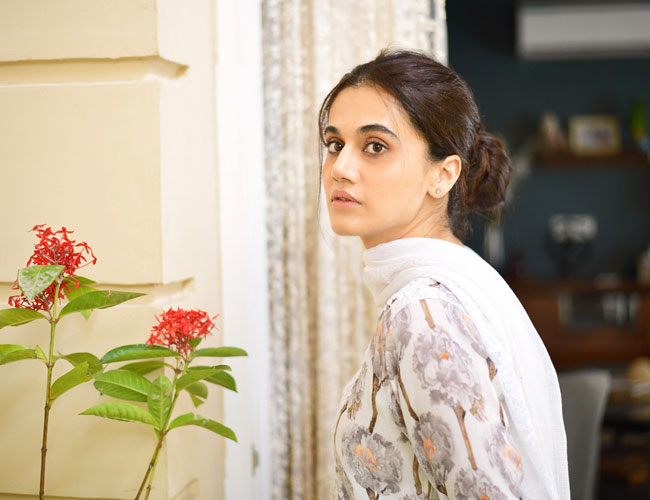 The poster of Thappad in itself had created noise for all the right reasons. The trailer of the film was hailed as hard-hitting and gut-wrenching, at the same time. With yet another impactful asset out, the makers of Thappad have released the first song Anubhav Sinha directorial starring Taapsee Pannu today.

Taapsee took to her social media and posted, `I used this song throughout the shoot to set me in the mood to do a lot of critical scenes. Glimpses of those scenes u can see in the video too… this song takes heart away.. #EkTukdaDhoopKa #Thappad https://youtu.be/km7GmW2C7JU @AnuraagPsychaea @PoetShakeelAzmi @raghavchaitanya`.

The track underlines the relationship trajectory between the lead actors, Pavail Gulati and Taapsee Pannu. This latest song is sung by Raghav Chaitanya & music is by Anurag Saikia and lyrics are by Shakeel Azmi. ‘Ek Tukda Dhhop’ will definitely be a song that has cast its impact right after the trailer and the makers are giving us all the right reasons to look forward to Thappad’s release.

Earlier today. The makers also released the teaser to the song and shared a video which gave a context to the hear-warming song that followed. They shared, `When you care for someone more than they deserve, you get hurt more than you deserve. #EkTukdaDhoop out today.`

The appreciation that has poured in for the trailer is immense. Thappad produced by Anubhav Sinha and Bhushan Kumar starring Taapsee Pannu will release on 28 February 2020 and the entire nation is waiting for the film.

The people who have watched it are already calling Thappad as the most important film of the year. Being called this year’s Pink would be the right analogy to the gravitas that the film holds- the third leg of the hattrick that Anubhav Sinha is bringing to the audience. With a legacy of films like Mulk and Article 15, Thappad brings yet another subject to the public purview where the dialogue, `Thappad. Bas itni si baat?` makes the most profound impact.

Thappad is a story of Amrita whose seemingly perfect life and relationship is shattered with a slap. But is one slap enough to question what a relationship stands for? Should a slap shake up her trust or is a Thappad ‘Bas Itni Si Baat’?