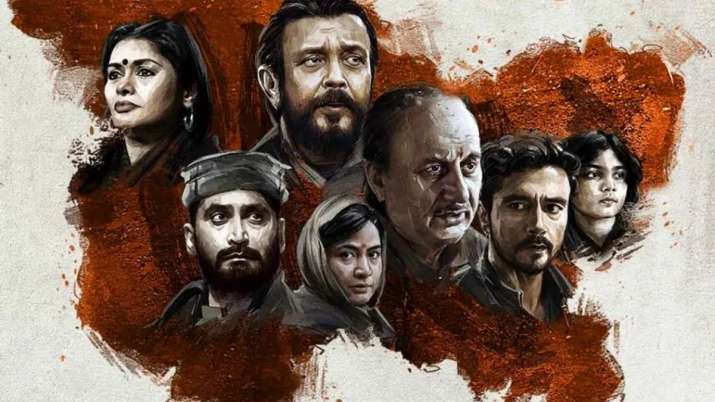 The Kashmir Files stars Anupam Kher, Darshan Kumaar and Mithun Chakraborty in lead roles and Vivek Agnihotri has written and directed it. It recounts the horrors that unfolded in the 1990s when Kashmiri Pandits were forced to leave their homeland

The Kashmir Files has released in cinema halls on March 11. It stars Anupam Kher, Darshan Kumaar and Mithun Chakraborty in lead roles and Vivek Agnihotri has written and directed it. The official synopsis of the movie reads: 32 years later, the emotions & the pain remain the same. Witness the brutally honest story of the Kashmir Genocide.

Ever since the trailer launch, the movie has become a talking point among the watchers, especially those who have been affected during the mass exodus of Kashmiri Pandits in 1990s. This mass migration happened in February-March 1990 and lakhs of Hindus relocated from the state in a span of a few weeks. The community’s sense of security was shaken after killings in the region. Now, more than three decades later, the ‘real story’ of this migration has been depicted in The Kashmir Files.

Many social media users expressed their opinion as the movie was released. Mainstream Bollywood has been known to steer clear of sensitive and political matters and Kashmir issue has never been addressed head-on. As The Kashmir Files released, netizens wanted people to witness the entire incident through the movie.

One social media user wrote, “This is film of 130 Cr Indians now (sic),” another one commented, “Not a movie but true story ,my story ,your story,story of what every Hindu has 2 endure all thanks 2 Secularism. As a Hindu in general & a Kashmiri Pandit I own this movie .A humble request to all to please watch #TheKashmiriFiles as it releases in theatres today (sic).”

As per Box Office India, The Kashmir Files is going to challenge Prabhas and Pooja Hegde starrer Radhe Shyam in the multiplexes of the Hindi belt and may even surpass its collections. 2020 release Shikara, directed by Vidhu Vinod Chopra, also dealt with the insurgency in Kashmir and mass exodus of the Hindus in the 1990s.

The Kashmir Files director Vivek Agnihotri also alleged that he and the cast of his film were not invited on The Kapil Sharma Show for the promotions, a claim that Kapil Sharma denied in a Twitter post.