The latest song from Housefull 4 titled ‘Chammo’ is out now! 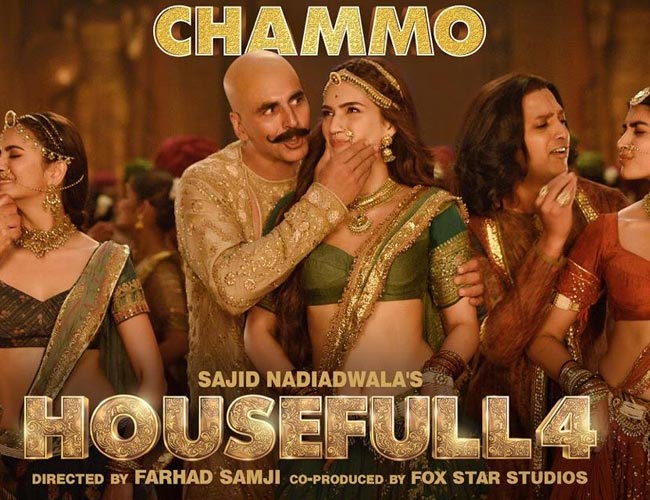 The latest song from Housefull 4 titled ‘Chammo’ is out now!

Housefull 4 has made a space for itself with its hilarious songs, all of which have a very funny and quirky theme to it, keeping that in mind, the makers have released the latest song from the movie titled ‘Chammo’.

‘Chammo’ is the fourth song from the movie and features the cast of the movie dancing in the ancient era with upbeat music and catchy lyrics.

The makers have released three songs before ‘Chammo’ and all of them have been creating quite a buzz across social media, especially the second song ‘Shaitan Ka Saala’ which has given rise to the #BalaChallenge.

Housefull 4 is presented and produced by Sajid Nadiadwala’s Nadiadwala Grandson Entertainment and co-produced by Fox Star Studios, directed by Farhad Samji. The film is slated to release on 25th October 2019.