The Power review: The Godfather gets a dated rehash 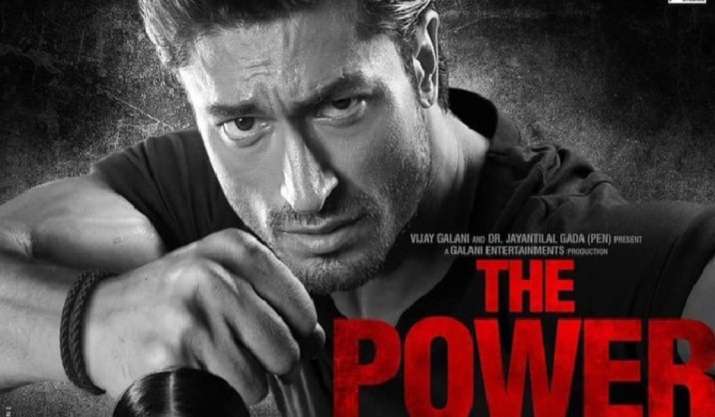 The Power review: The Godfather gets a dated rehash

Bollywood actors Vidyut Jammwal, Jisshu Sengupta, Prateik Babbar, Shruti Haasan starrer The Power has finally hit the Zee Plex. Mahesh Manjrekar probably made The Power because he wanted to play out his Marlon Brando/Amitabh Bachchan fantasies. You don’t find much of a reason otherwise, for this film to be made. In this umpteenth reimagining of The Godfather, Manjrekar, besides directing, also casts himself as the patriarchal head of a family of underworld lords.

Well, Manjrekar sure knows a thing or two about underworld drama. When he burst onto the Bollywood scene all those years ago with Vaastav, he did tweak a few rules of the genre within the mainstream domain.

The trouble is, watching The Power you’re not quite sure if Manjrekar realises over two decades have passed since Vaastav (he made a forgettable sequel to Vaastav somewhere down the line). Almost everything about mainstream cinema changed, including the mafia movie.

The Power harks back to underworld formula that would have seemed overwhelming when Ram Gopal Varma made his first Sarkar film, in the mid-2000s. Like Varma’s Sarkar franchise, Manjrekar’s new film falls back on The Godfather template that Francis Ford Coppola crafted over three films out of Mario Puzo’s all-time bestseller novel of the same name, but we will gloss over that fact. Too many mediocre rehashes of The Godfather have happened the world over, so no one’s actually keeping count anymore.

Manjrekar plays Kalidas Thakur, the powerful don who refuses to trade in drugs, thereby drawing the displeasure of certain rival gangsters. The narrative doesn’t waver much from the Coppola/Puzo patent in the early portions. There is an attack on Kalidas’ life and, as the gangster battles for his life in the hospital, his younger son Devi (Vidyut Jammwal), who was always reluctant to join the family business, gets sucked into the world of crime and criminals.

As the drama proceeds, other prototypes emerge — from The Godfather as well as sundry underworld sagas. Kalidas’ elder son Ram (Jisshu Sengupta) is a hard-cussing hothead. Manjrekar accords space for some random family drama, too. Devi is in love with Pari (Shruti Haasan), daughter of Kalidas’ trusted right-hand man Anwar (Zakir Hussain), but Ram’s wife Shaila (Yuvika Chaudhry) resents father and daughter. She is constantly trying to poison Devi’s mind against Pari and Anwar. Thrown into the mix is also her brother Ranjeet (Prateik Babbar), who clearly has his agenda.

The story involving all these characters rehashes almost all of The Godfather as it proceeds, but you can also spot random inspirations from other cinematic sources. Manjrekar as director sticks to comfort zone mostly, mixing melodrama and mayhem, and struggles to tell his tale with enough interesting twists.

The director, however, makes up as an actor, rendering understated gravitas to Kalidas. Despite lesser footage than most of the primary cast, it is Manjrekar’s act that resonates in the end.

Vidyut Jammwal, playing out the rehashed Michael Corleone as Devi, seems bored in the early parts when he is shown to be reluctant to enter the family business. The actor’s transformation into gangster mode is marked by intense violence — the way his fans love it.

Most of the prop cast plays out characters that are too ordinary to leave a mark, including Shruti Haasan and Jisshu Sengupta. Which only makes matters worse in a film that seems too dated to hold you attention for long.