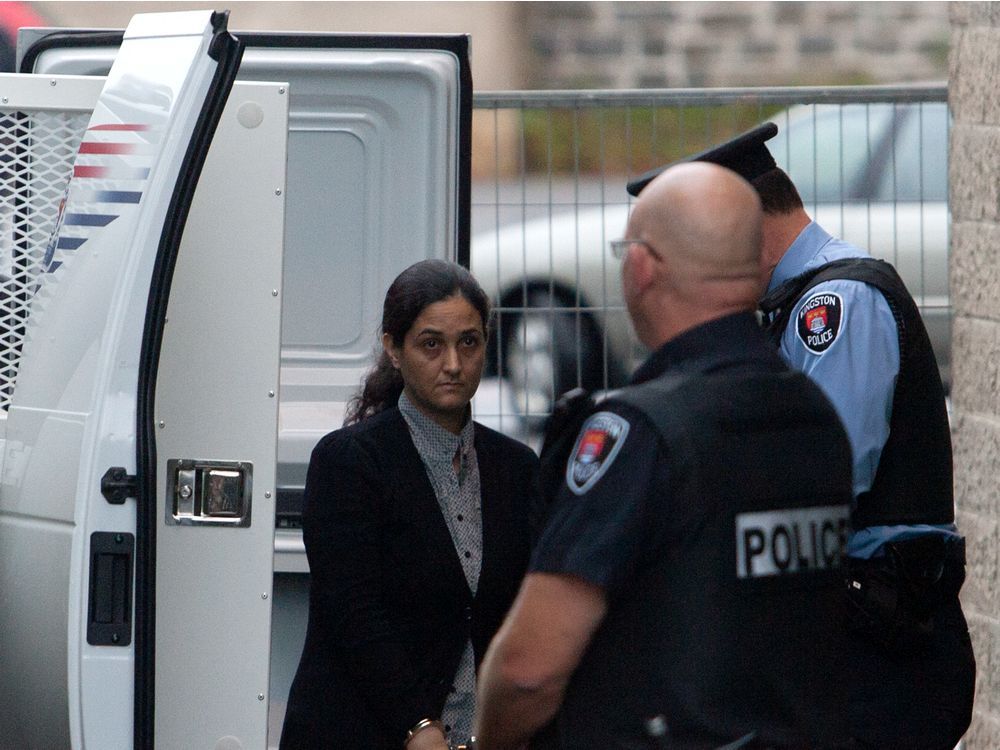 Tooba Mohammad Yahya, the Montreal woman who was convicted of murdering her three daughters in so-called honour killings, says she is finally experiencing freedom now that she is serving time in a federal penitentiary and no longer under the thumb of her controlling husband.

In June 2009, Yahya’s husband Mohammad Shafia and their son, Hamed, somehow managed to get three of her daughters and Shafia’s other wife inside a car. They used another car to push the vehicle into a canal in Kingston, Ont. The three sisters — Zainab, 19, Sahar, 17, and Geeti, 13 — and Shafia’s first wife Rona Amir Mohammad, 52, all drowned. Yahya and Shafia, originally from Afghanistan, initially told police the four went missing while the family was returning from a trip to Niagara Falls.

While the police conducted a search for the missing relatives, they uncovered evidence of what really happened. The couple and their son were arrested at their home in the St-Léonard borough on July 22, 2009, and all three were convicted of murder in Kingston in 2012.

Even after the trial, Yahya maintained her innocence and filed an appeal of the jury’s verdict. But, according to a decision made by the Parole Board of Canada in September, she has since changed her story.

In September, Yahya successfully applied for an escorted temporary absence from the federal penitentiary in Quebec where she is currently incarcerated. She wanted a few hours to be able to mourn at her mother’s grave with Yahya’s other children. Yahya told the parole board that she hated her mother for allowing her to be married to Shafia when she was just 17. She also resented the fact that her mother allowed her to marry a man who was already married to an older woman.

She also told the parole board she now feels more free than when she was married to Shafia.

The author of a summary of the parole board’s decision wrote: “You are considered engaged in your correctional plan. Moreover, you shared during the hearing that you are now more confident, more in control of your life and now know your rights. The board understands that you can now make your own decisions and follow your own values. You are no longer being controlled by your husband, and even filed for divorce. You shared at the hearing that since you became incarcerated, you have discovered freedom. You feel guilty for the death of your daughters, and for leaving your surviving children behind.”

“You also shared that after you got married, your husband would not let you talk or see your mother anymore. She was eventually diagnosed with Alzheimer’s and would not recognize you anymore, referring to you as her niece instead of her daughter. She died before you had the opportunity to see her again, and never got to say goodbye. For you to go to her grave and pay your respects in the presence of your three younger surviving children would enable you to move forward in your mourning process. The Board is of the opinion that permitting you to grieve your mother may also help you process the death of your three daughters.”

While originally denying any role in the murders, Yahya suddenly changed her version when she appeared before the board. She stills denies any role in planning the murders, but conceded she feels guilty for having done nothing to protect the lives of her daughters.

“At the hearing, you confirmed that your husband, with the complicity of your son, committed the murder in front of your eyes. You explained that around 2 a.m. the night of the event, you and the four victims were waiting for them in the Nissan at the Kingston Mills Locks while they went to find a motel, as you were too tired and sick to keep driving. When they returned, your husband told you to get in the Lexus to rest, and you settled in the back seat. He then took your place in the driver’s seat of the Lexus and drove it into the Nissan, in which your three daughters and your husband’s first wife were sitting. You immediately asked what was going on. He answered that he was going to kill them. You tried to grab him from behind, pleading him not to do this. You tried to open the door but couldn’t. He then hit the Nissan with the Lexus a second time, and you saw the Nissan plunge into the water. You mentioned that after the fact, your son sat with you and calmly held your hand. You explained that you did not know about your husband’s plan to kill the victims.”

Yahya will be eligible for full parole in 2034. Her permanent residency status was removed last year and she is likely to be deported when she is released.