These pictures from Radhika Apte’s latest magazine shoot will amaze you! 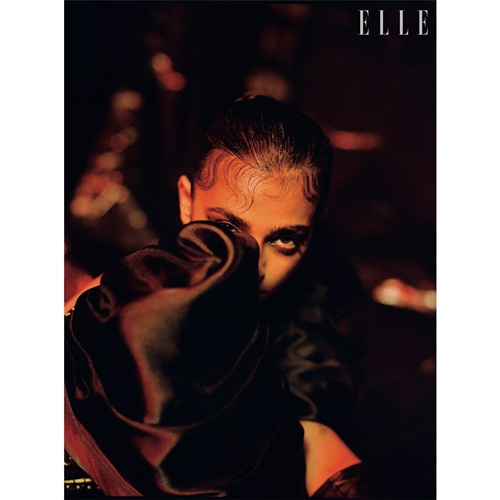 These pictures from Radhika Apte’s latest magazine shoot will amaze you!

The Indie actress Radhika Apte is roaring high on the recent pictures of a leading magazine shoot. Giving us the new fashion statements the actress is creating buzz all over the world with her Emmy nomination and now as the December Digital cover girl of the leading magazine!

In the picture, Blazing and channeling her urban gothic goddess, Radhika Apte is acing the cat woman diva look on the moving cover of the leading magazine. The look is accentuated further with tresses with a tight bun and glowing makeup.

In one picture, the actress is wearing latex cat women look with the headgear!

In the second picture, Radhika is showcasing a hand women tape dress with leather glows and is captioned “Talent unfiltered”completely acing the goth look.

For another picture, the actress opted for a very bold look with a faux patent leather top and mesh skirt with fishnet stockings giving a very abstract pose!

In the last picture, the star is styled in a Poplin and a tulle dress looking magnificent.

Radhika Apte was nominated, for her incredible performance in ‘Lust Stories’ at International Emmy Awards,2019.

On the work front, Radhika Apte will be next seen in the film ‘Raat Akeli Hai’ alongside Nawazuddin Siddiqui for which the actress has already finished the first schedule shoot in Lucknow. Fans can’t wait to see what she has to offer with these new exciting projects and roles. With everything on a roll, we are totally rooting for Radhika to shine at the Emmys!