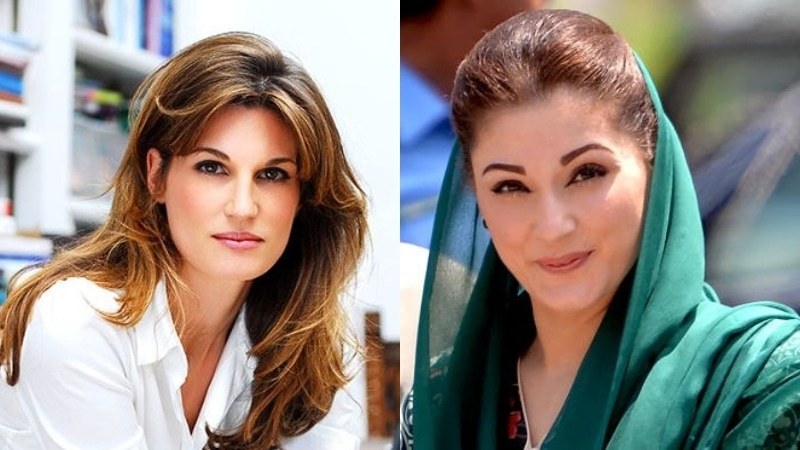 Maryam Nawaz may be making strides in politics but she has a long way to go in learning what the term ‘taking the moral high ground’ means. Because if she did, she would know that attacking religion and pulling other women down is the opposite of taking the high ground.

Imran Khan may have, but Maryam Nawaz took it too far by indulging in anti-Semitism and then defending it with no introspection.

Prime Minister Imran took a potshot at Maryam’s son and Maryam responded by launching into an anti-Semitic tirade involving how the premier’s sons with his ex-wife Jemima Goldsmith were being raised.

Jemima, even though dragged into the war of words due to her mere association to Imran Khan, took the high road with carefully chosen words that were neither offensive nor demeaning but only called attention to a problem. A serious problem of families being dragged into politics — can Maryam not relate?

But Maryam’s tone and her choice of words betray a deeply rooted dislike for a person who we’re not even sure she has even met. “I have better things to do” is a retort perhaps even high schoolers have ditched for classier comebacks. “I have no interest in you or your sons or your personal lives,” Maryam said — but she obviously does.

Maryam said Imran dragged her family “out of spite” — a family whose claim to fame is politics — but her own motives are also based on the classic tit for tat. She does, however, admit that “nastier” things would be said about Imran Khan’s family because of his words, so at least she’s aware that this was nasty.

“You have only your ex to blame” — why is it that people can’t let go of others’ spouses even when those in the marriage have parted ways? We have to imagine that Maryam knows this is wrong on so many levels. You can go after Imran Khan’s politics, his looks and obviously his choice of words but we repeat, his ex-wife and her sons who have stayed far away from the realm of Pakistani politics should not be, to use Maryam’s words, dragged into it.

If Maryam disagreed with Jemima, she could have done it in a much more graceful and restrained way.

There’s a certain decorum, a certain grace one should exude when in roles of leadership. Maryam Nawaz should hold herself to that standard. She should know catty and snarky remarks are unbecoming of a woman of her stature and exposure to the world. Faulting Imran Khan for “starting it” (when did politics become a playground?) is by no means a justification. Are we really going to resort to tit for tat so that we can feel better about ourselves or lessen the hurt inflicted on us?

Dear Maryam Nawaz, you present yourself as someone poised and classy, someone who carries herself with dignity and doesn’t stoop to the depths of depravity you say your opponents do. And yet. And yet, here we are with a tweet that disproves all of this.

We shouldn’t have to remind you that your issue is with Imran Khan. Jemima’s tweet quoted you verbatim and she spoke of her own experience with anti-Semitism — and there is no denying that your remarks against her were anti-Semitic. But you hit back with a “your ex to is to blame”. Let’s get one thing straight: Jemima was not (or shouldn’t be) sentenced to a life of bashing for marrying Imran Khan, never mind the fact that they got divorced years ago.

We aren’t alone in our indignation.

If Maryam doesn’t rise above, then it might not hamper her chances in politics but she can’t expect to become a role model to the women she calls her “behnain, maaein and betiyan” in her speeches.

This is a humble request from those who want more women to step into the world of politics: do better.