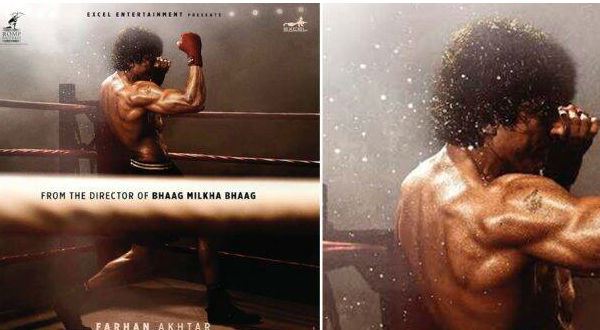 Toofaan teaser out: Farhan Akhtar packs powerful punch, fans say ‘it lives up to the title’

The teaser gives a glimpse into the world of Toofaan with Farhan Akhtar packing the punches, leaving the fans asking for more! The power-packed teaser is just a sneak peek into what’s in store for the audiences.

Farhan Akhtar is all set to release his upcoming project Toofaan on Amazon Prime Video. Treating his fans, the actor shared a two-minute teaser video of the film on Instagram. In the short clip, the actor looks fierce as he packs powerful punches both outside and inside the boxing ring. The movie stars Farhan as a goon from Dongri who embarks on a journey to become a national level boxer.  Sharing the teaser of the film he wrote, “It fills me with immense joy to give you the first glimpse of a film into which we poured all our love, passion, exuberance, madness even. It truly is a labour of love and today I am so excited to share it with you. Here’s presenting the #ToofaanTeaser.. big big hug”

The teaser gives a glimpse into the world of Toofaan with the actor packing the punches, leaving the fans asking for more! The power-packed teaser is just a sneak peek into what’s in store for the audiences. Commenting on Farhan’s post, a user wrote, “@faroutakhtar lives upto to its title ! Wish it stormed the cinemas also.” “Bhai Hall meh release kyu nai kr rhe ho. Itna mehnat krne k baad,” another said. A third user said, “Oh man Farhan! You and your Versatility, just superlikable (sic).”

On collaborating with Farhan after the success of Bhaag Milkha Bhaag, which released seven years ago, Mehra said he was certain that the actor would be the perfect protagonist for “Toofaan”. “The best thing about him is that he does not act the part, but lives it completely. Toofaan is a story that will motivate and inspire all of us to get out of comfort zones and fight towards achieving our dreams. We cannot wait to present our film to viewers across the globe!” Mehra said.

The boxing drama is all set to release digitally on May 21.