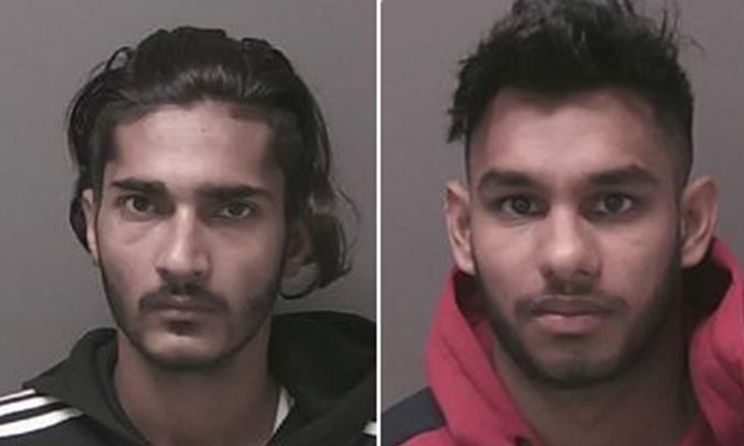 Peel Regional Police have issued arrest warrants for two men who are wanted in connection with an alleged attack in Brampton on Saturday, April 16.

Around 12:45 a.m., police said two men were attacked by a group of four men as the victims left a business in the area of Bramtree Court and Chrysler Drive. According to police, the suspects were armed with a variety of weapons, including sticks and bats.

Police said one of the victims was transported to trauma centre with life-altering injuries and the other victim was taken to hospital with non-life-threatening injuries.

The suspects are believed to have fled the area in a white 2015 Volkswagen Jetta, Ontario licence plate CFEB 295.

Two of the suspects have been identified while police are working to identify the other two.

They’re each wanted for attempted murder, assault with a weapon and assault causing bodily harm.

All suspects involved are advised to seek legal counsel and make arrangements to surrender to police.

Anyone with information on the incident can contact Peel’s 21 Division criminal investigation bureau at 905-453-2121, ext. 2133. Information can also be left anonymously with Peel Crime Stoppers at 1-800-222-TIPS (8477) or online at peelcrimestoppers.ca.