Unbelievable! All new track, LOCA by Yo Yo Honey Singh crossed a whooping of 20 Million views in just 48Hours! 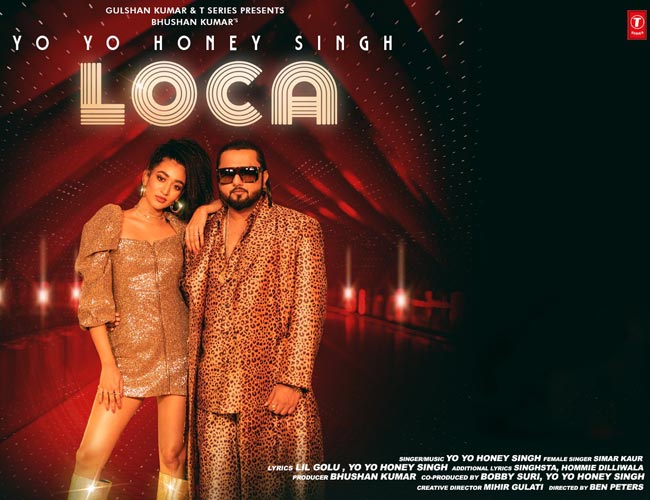 Unbelievable! All new track, LOCA by Yo Yo Honey Singh crossed a whooping of 20 Million views in just 48Hours!

Bollywood’s rap sensation Yo Yo Honey Singh has given songs that never miss being played at the parties and add a different life to the entire party. The next song was awaited by all. The song, LOCA was finally released on 3rd March 2020 and the audiences have loved how the song perfectly is the party anthem for the season.

The song was released recently and the audiences made it viral instantly as they couldn’t keep their calm. The song crossed over 20 Million views in just 48 hours which is unbelievable! Yo Yo Honey Singh has surely given a big contribution to the music industry and in the sphere of rapping, the contribution is unbeatable.

The song is already on loop and fans can’t stop showering their love. Receiving so much of LOCA love for his next song, the rapper expressing his happiness shares, “We have crossed 20 Million views on #Loca. Keep sharing, keep spreading. Link in Bio #Loca #IamLoca #YoYoHoneySingh #YoYoNewSong”

The fans have been creating small dance videos and posting on their social media, even constantly making various recreations which is proof that it is a hit! Fans are enthralled after the singer dropped his amazing next, having all praises and nothing else.

Yo Yo Honey Singh is surely experiencing a LOCA year and the fans are really happy to be treated with such a groovy party number song. Some of his other hits include Khadke Glassy, Blue Eyes, Lungi Dance, Dheere Dheere and much more.

Loca is co-produced by Bobby Suri and Honey Singh where the music video is directed by Ben Peters produced by T-Series’ Bhushan Kumar.