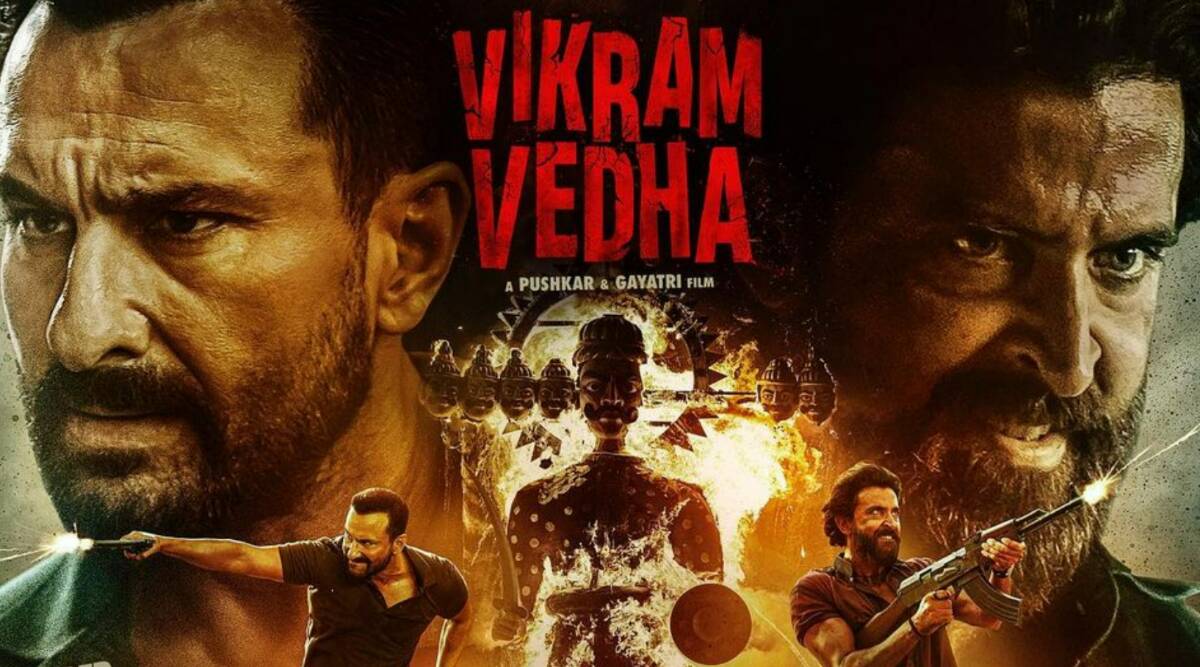 Vikram Vedha FIRST review:Kareena has reviewed Saif-Hrithik Roshan’s upcoming film. Ever since the trailer of the Bollywood film was released on September 8, fans have been waiting with bated breath for the movie to hit the big screens. And now, one of the first reviews of the film has arrived from Saif’s wife and actress Kareena Kapoor, who declared Vikram Vedha a blockbuster and also showered praises on the lead actors.

The performances of Saif Ali Khan and Hrithik Roshan have left Bebo in awe of them. Taking to her Instagram stories, Kareena shared a poster of Vikram Vedha featuring the leads and wrote, “Best film. Best actors. Best story, Best directors. What a film (red heart and fire emojis). Blockbuster.” She also added the hashtag Saif Ali Khan and tagged Hrithik Roshan and the rest of the cast and crew members of the film.

On the other hand, Hrithik’s father and film producer-director Rakesh Roshan too reviewed the film. Taking to his Twitter handle, the senior Roshan wrote, “Saw Vikram Vedha TERRIFIC credit to the director, actors & the team WOW!”

Vikram Vedha will hit the big screens globally on 30th September 2022. The makers of the film had earlier treated the audience with an engaging trailer and the video received much love & appreciation from the audience. The action-packed trailer was complete with thrilling visuals and whistle worthy moments, further raising anticipation for the release of the film. Watch it here: