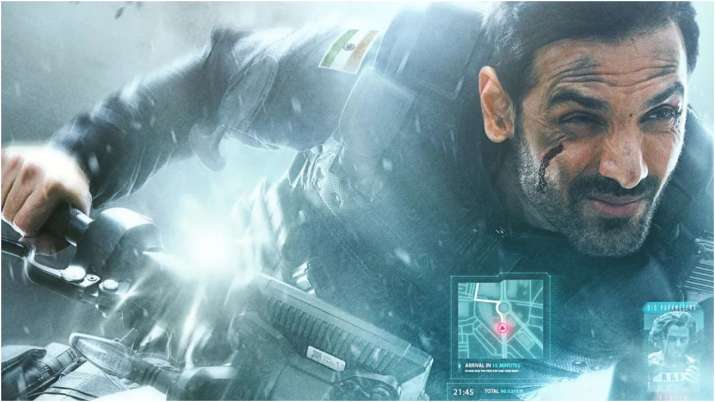 Actor John Abriham says he wanted to amp up the Indian action genre with his latest movie “Attack” and break the mould of playing safe with a “routine” project.

Abraham features in “Attack” as a “super soldier”, who can operate “beyond normal human limits”.

For the actor, who has also backed the project through his banner JA Entertainment, it was important that the film was mounted on a “promising premise” and be a “visual extravaganza”.
Which is why, Abraham said, “Attack” has the feel of popular games like “PubG” and “Mortal Kombat”.
“I wanted to make an action film, but the kind which is diametrically opposite to the regular fare that we make. As a producer, I wanted to risk a lot in the kind of content that I was making. I wanted to reinvent action and didn’t want to play safe.
“If you do your regular fare and fail, you probably deserve it. But if you’re making something different and risk the probability of failure, you at least tried something different. Ours is a fun, PubG meets ‘Mortal Kombat’ kind of film,” Abraham told PTI.
Directed by Lakshya Raj Anand, the film is set in a future world where wars will be fought on technology and artificial intelligence (AI).
“Attack”, the 49-year-old actor said, is an “action film for the world of tomorrow”.
“It is an attempt in that direction. If you look at modern warfare, it isn’t conventional. A film which showcases how technology will help eliminate any kind of human collateral damage.
“When the west makes it, we think it’s cool. Why can’t India make a film like that? We have made a film which is unique to India,” he added.
Abraham said he drew the inspiration to make a film about a super soldier from the 2001 parliament attacks.
On December 13, 2001, five terrorists of the Lashkar-e-Taiba (LeT) and the Jaish-e-Mohammed (JeM) attacked the Parliament complex and opened fire, killing nine people, which included five Delhi Police personnel, a woman Central Reserve Police Force (CRPF) trooper, two Parliament watch and ward staff and a gardener. A journalist who was injured died later.
For the actor, the scripting of the film went in motion with a one line idea: What if our soldiers didn’t die?
“You send in someone who has nothing to lose, someone who’s probably half dead. That’s where we created this guy from. We married a true incident with a fictional idea to finally get ‘Attack,'” he added.
Also produced by Jayantilal Gada’s Pen Studios and Ajay Kapoor Productions, the film is gearing to release theatrically on April 1.
Abraham and the team shot the film throughout the pandemic in Mumbai, Delhi and other cities, pausing and resuming whenever there was a surge in COVID-19 cases.
The film, according to the actor, also crossed its allotted budget but it didn’t stop Abraham from making “Attack” the way he had envisioned it.
“In this film, we have gone over budget. I’ve spent crores out of my own pocket by choice because it is a special film and I wanted it to be mounted on that scale.
“The idea was to make an edge-of-the-seat sci-fi thriller, but in the end when we saw the film, we felt we have made India’s first real superhero who doesn’t wear his underwear outside his pants,” he added.
The film also stars Jacqueline and Rakul Preet Singh. PTI JUR RB