Watch the BTS action that went into making ‘Hud Hud’ from Dabangg 3! 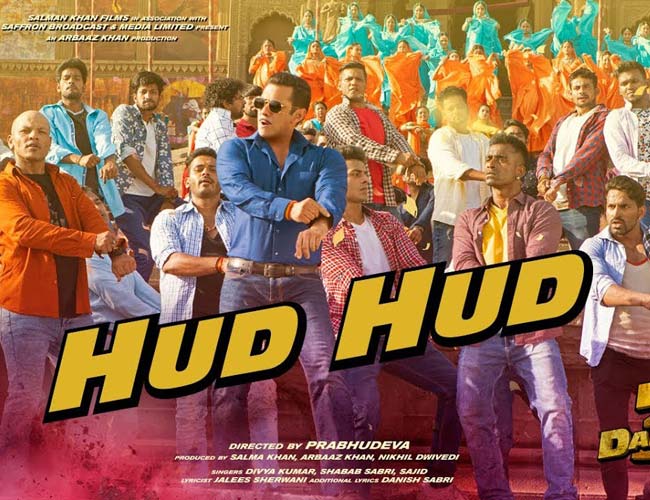 Watch the BTS action that went into making ‘Hud Hud’ from Dabangg 3!

Chulbul Pandey’s Dabangg 3 is just around the corner, the makers of the movie have dropped a BTS video to give the fans a glimpse of the making of Hud Hud Dabangg, the song that had taken over the nation.

The video of Hud Hud Dabangg was recently released and the fans are in awe of their favourite superstar giving off more swagger than one could imagine. The BTS video gives the fans a glimpse into how Chulbul Pandey adds his own special twist to make things much more Dabangg.

Superstar Salman Khan has also started a new contest for the fans to figure out the new Hook step from the Hud Hud Song. The winners will get to meet Chulbul Pandey in person. Watch the song again for your chance to meet Pandey ji.

The much-awaited Dabangg 3 is directed by Prabhudeva and produced by Salma Khan, Arbaaz Khan and Nikhil Dwivedi under the banner of Salman Khan Films and is slated to release on 20th December, this year.