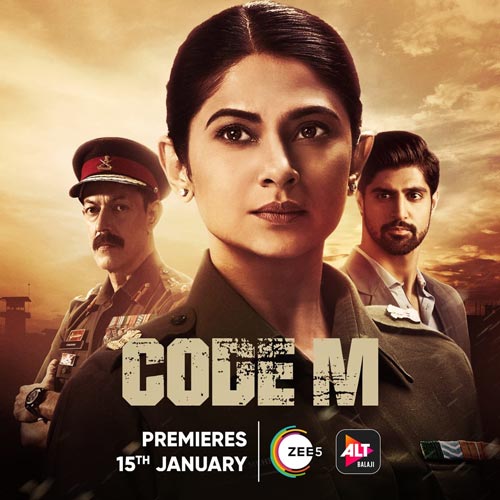 Directed by Akshay Choubey, the eight episode series is an action packed story of an Indian Army lawyer, Monica Mehra, who uncovers an uncomfortable truth while investigating an open and close case of a militant encounter. This truth exposes a secret so explosive that it not only destroys a family in its wake but shakes up the entire fabric of the Indian Army.

Starring Jennifer Winget as Major Monica Mehra, Rajat Kapoor as Colonel Suryaveer Chauhan, Commandant of the Army Base and Tanuj Virwani as Angad Sandhu as the legal counsel the series has an extremely powerful narrative and is sure to keep the audiences engaged.

ZEE5 has a robust library which consists some fantastic patriotic films such as URI – The Surgical Strike, Mulk, Parmanu, Tashkent Files, The Accidental Prime Minister to name a few.

The platform will further accelerate the patriotic flavour in January, with the release of their next original series State of Siege 26/11 which will release on 24th January 2020. Starring Arjun Bijlani, Arjan Bajwa, Vivek Dahiya and Mukul Dev in pivotal roles the series will shed light on many unknown facts of the 26/11 attacks.