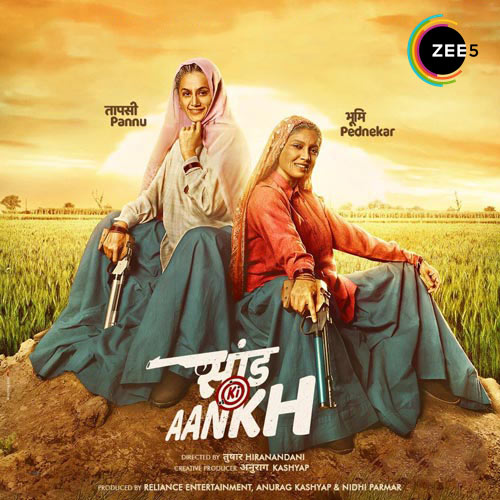 India’s largest video streaming platform ZEE5 is all set to premiere one of the most critically acclaimed film in recent times ‘Saand Ki Aankh’. The film showcases the inspirational story of the world’s oldest sharpshooters – Chandro and Prakashi Tomar portrayed by Taapsee Pannu and Bhumi Pednekar. Directed by Tushar Hiranandani the film will go live on the platform on 27th December’19.

The film is produced by Anurag Kashyap and Nidhi Parmar. It also stars Prakash Jha, Vineet Kumar, and Shaad Randhawa in pivotal roles.

‘Saand Ki Aankh’ did very well at the Indian box office and was later also declared tax free by Delhi, Uttar Pradesh, and Rajasthan government. The film will now be available exclusively on ZEE5.

Sharing her thoughts, Aparna Acharekar, Programming Head, ZEE5 India said, `It has been a fantastic year for us where we have strengthened our content library with original content aswell as acquisitions. We are constantly striving to curate a complete experience for our viewers and Sandh Ki Aankh is our latest addition. We have a range of content available for our audiences to watch this festive season.`